HOW IMPORTANT IS SOCIAL MEDIA PRESENCE TO ESPORTS TEAMS? 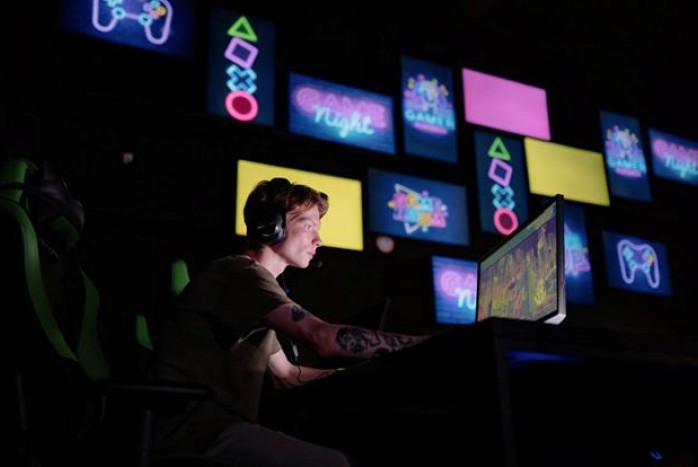 Over the last decade or so, eSports has grown into a massive industry worth over $1 billion. By the end of 2022, a TechJury report on international eSports growth estimates that this industry
value will rise to almost $2 billion. That said, despite its impressive boost, eSports remains a mostly online experience. Naturally, this means that eSports has tapped into social media, too. An immensely powerful medium that can launch careers and cement organizations, social media is an essential asset, especially for eSports teams. Here's why:

WHAT A SOCIAL MEDIA PRESENCE DOES FOR ESPORTS
Strengthens the Fandom
Unlike other professional sports, eSports strategically blurs the separation between players and spectators. This results in viewers feeling not just engaged but included. Aside from live streams and gaming platforms, no other digital medium is as perfect for this as social media. Consequently, it's important for eSports teams to know how to truly utilize social media. This is why Maryville University's look at sports business careers notes that positions like social media strategists have become integral to the sporting field as a whole. In fact, by 2029 this career is expected to see a growth of about 7%. This is because a social media strategist can act as the first line of communication between teams and the public. This ensures that brand reputation, relevant social media trends, and all communications are aligned with the team's branding and the fandom's preference. As a result of this, social media can become both a tool for communitybuilding, PR, and marketing.

Helps Reach Tastemakers
Very few industries are as reliant on the power of influencers as gaming. After all, influencers often have large online followings who base their opinions on their every word. This is why many gaming developers release games for content creators to review and share early. Similarly, in eSports, Games Industry's look at online communities states that eSports also depend on relevant influencers to bring more attention to their causes. Having said this, since influencers essentially function online, it's only natural to reach them through similar social media platforms. Through this, an eSports team can harness the power of influencers to create a solid ecosystem of support and interest.

Taps into Potential Industry Talent
Last but not the least, a social media presence helps preserve the lifespan of eSports team. This is because social media's vast reach allows eSports to more easily enter the awareness of potential athletes online. Consider that Data Reportal's global study on social media users reveals that there are now 4.65 billion active users. This is equivalent to almost 59% of the total population. By comparison, as of 2021, there are only 1.72 billion TV-owning households globally. This means that social media's potential to reach future talent is almost 400% of what traditional TV commercials may have. Consequently, a social media presence can help a team's longevity and scalability by ensuring the interest of prospective eSports athletes.

WHY SHOULD WE SUPPORT ESPORTS ON SOCIAL MEDIA?
Ultimately, the result of an effective social media presence for eSports teams is a devoted following that helps legitimize the industry further. With enough buzz and widespread recognition, eSports can then more widely share correct industry details while dispelling misconceptions. This serves to benefit not only those directly involved in eSports like sponsors and players but also those in underserved communities.

As explained in an interview about reframing eSports education, Dr. Jakita Thomas states that competitive video gaming careers are fast becoming some of the most lucrative. This includes everyone from the players to the organizers, game designers, and beyond. All in all, this supports a billion-dollar industry that can mean huge socio-economic benefits for those in need. But to get this positive domino effect going, it has to start with a grassroots effort to reach more people and gain credibility. In today's digital age, this means optimizing your social media presence.

No tags has been created yet

Get in the Game!

Sign up today for one of our innovative programs for elementary, middle & high school students

Sign Up
Youth eSports LeagueSign Up
LVL Up Academy

Sign up for updates on what's happening around the PCX community.

This email address is being protected from spambots. You need JavaScript enabled to view it.